Butterflies are known for their beautiful patterns, which have evolved over time for better survival of the species.  Some butterflies have "eyes spot" patterns, to mimic eyes of predators in nature, like owls and snakes to discourage birds and other predators from feeding on them. As the world population of butterflies decline drastically because of human intervention and agricultural intensification, at present rate they can be extinct soon.

As the humans have replaced all natural predators, and have become the soul reason behind their decline, the artist attempts to imagine new patterns for butterflies to discourage and scare this new predator ; Humans.

The artist studies butterflies and moulds their wing patterns into monsters faces, in her embroideries. The entire art project is an abstract representation of disintegrating butterfly wings with iconic monsters faces from popular culture and psyche. The idea being that the butterflies are trying to scare humans away by mimicking monsters faces  in order to survive and be left alone. 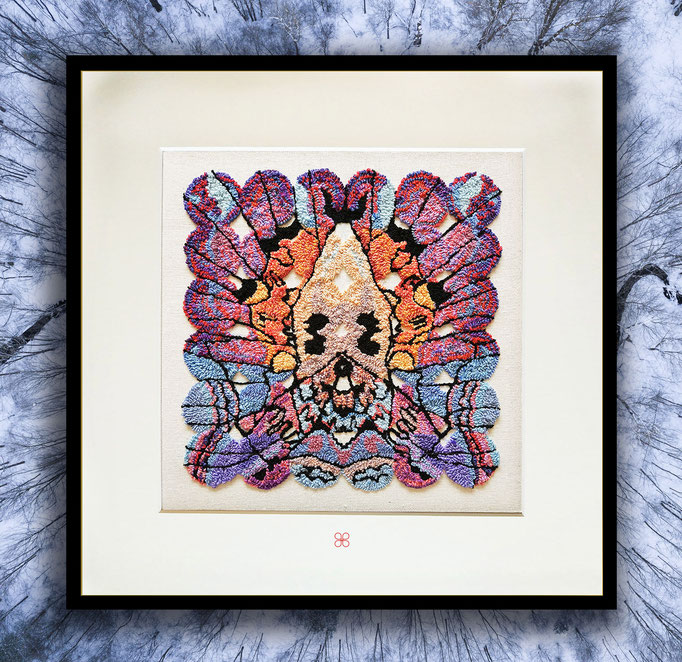 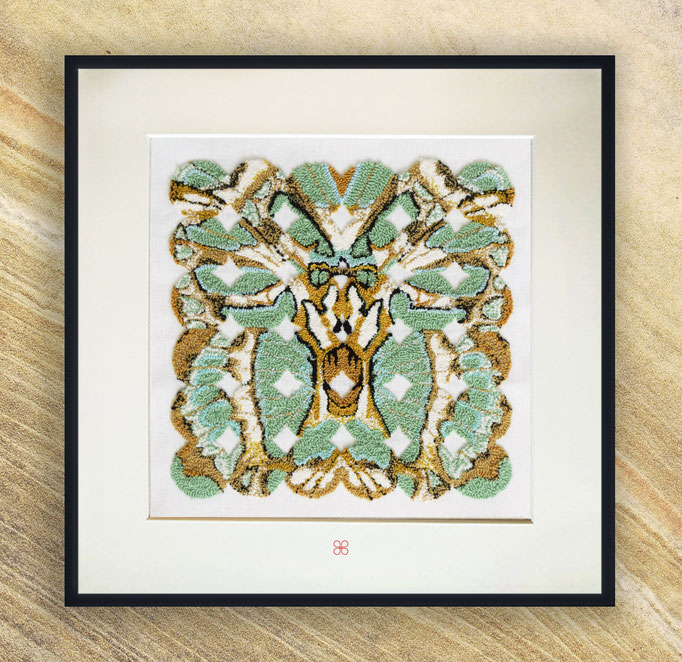 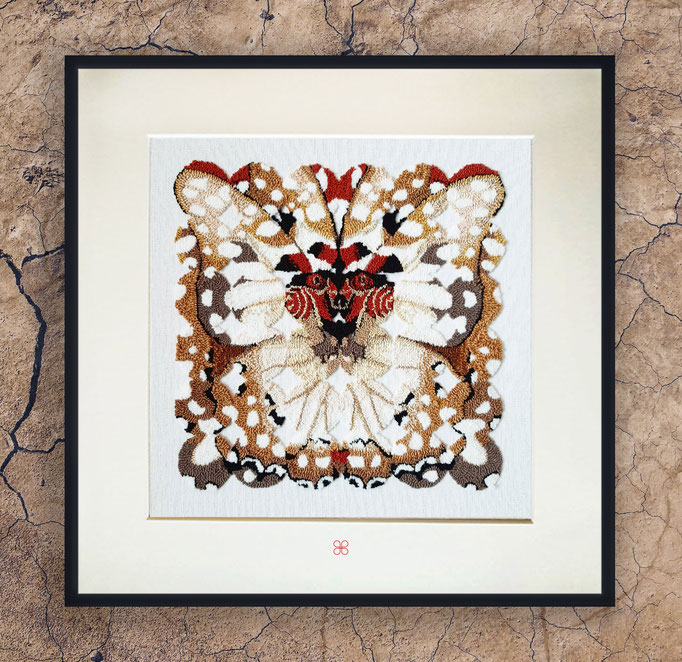 A thing of beauty is a joy forever ?

Butterflies are natures most beautiful and fragile creatures. With beautiful fluttering wings they have beguiled the human mind through out time. Now as their population declines globally, it is frightening to imagine that one day they might totally disappear. This decline is caused by intensive agriculture, climate change, and increase in the use of pesticides.

The artist attempts to recreate beautiful patterns from butterflies in her embroidery art. The art pieces represent, as butterflies disappear so will little bit colour from our world, which is shown by certain sections of the art pieces being devoid of colour, and in monochrome. 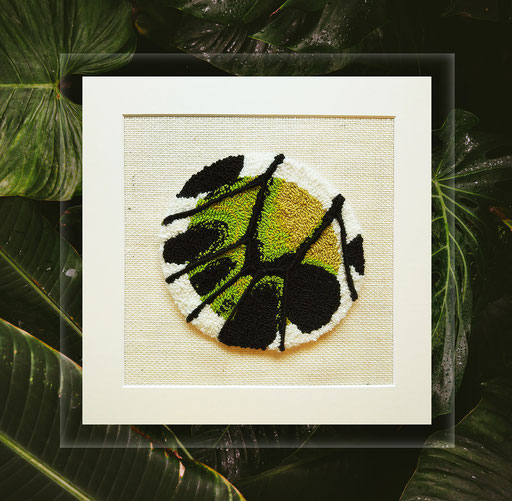 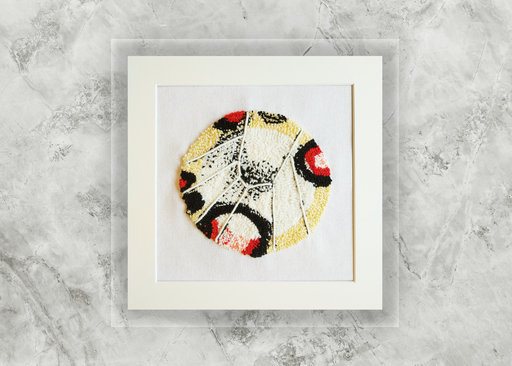 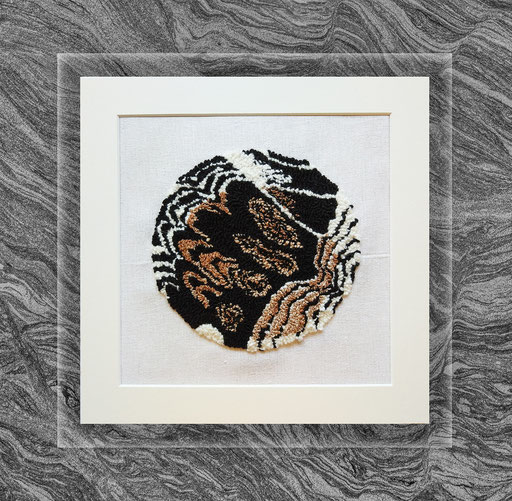 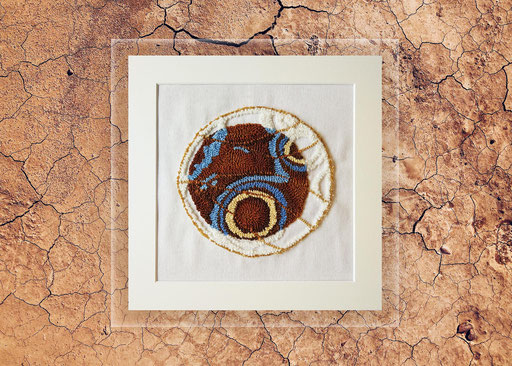 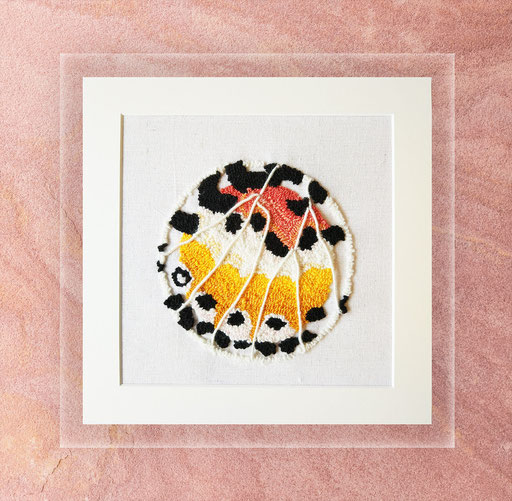 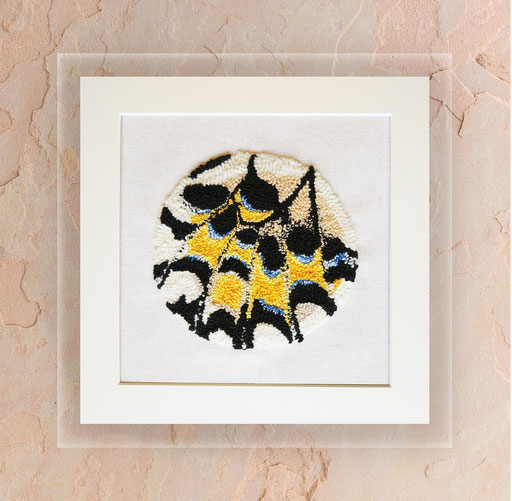 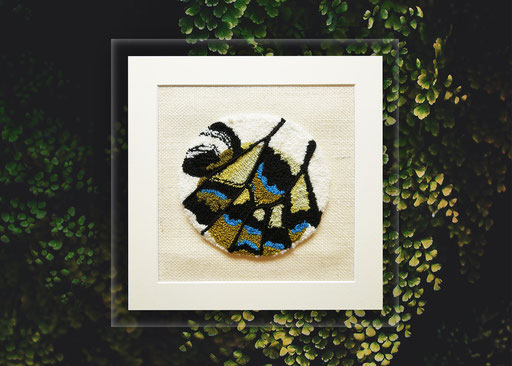 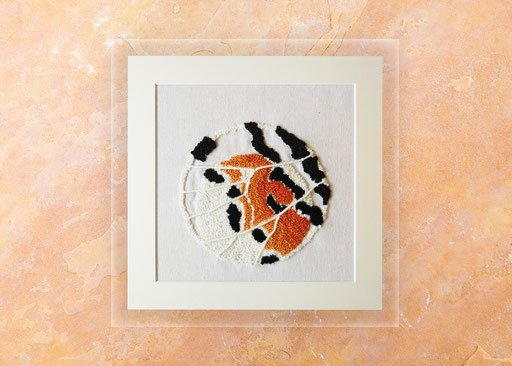